Font Size: A A A
News Archive

Today at noon across Europe there is a three-minute silence as a mark of respect to those who lost their lives in the south Asian tsunami last month.

Specialist police officers from Avon and Somerset are on standby to help with the Asian tsunami disaster.

Fifteen officers from the force’s support group and underwater search team have been put on standby to be sent to help in one of the regions affected by the earthquake.

The officers are specially trained in disaster victim identification and have all volunteered to spend two weeks in Asia.

Avon and Somerset is one of the first forces in the country to have a specialist disaster investigation team on standby.

Acting assistant Chief Constable Rod Hansen said: “We have all seen the coverage of this terrible natural disaster and the amount of people it has affected.

“As a force our officers are highly trained in victim identification and we are pleased to be able to help with the international response to this disaster. All our team have been inoculated and have been issued with suitable protective equipment.

“They have all received welfare support which will continue for as long as needed. The officers have all volunteered to be sent to the disaster area and we hope if they are deployed their skills will help families finally gain knowledge of love ones missing as a result of the tsunamis.”

The force is also acting as family liaison officers for four families whose relatives have been involved in the disaster.

One of the families in the Bristol area has had two relatives die in the disaster.

The FLOs are providing support to the families such as helping them liase with the Foreign and Commonwealth Office.

All the force’s FLOs are trained to provide support and information to bereaved families. The force has also set up its own appeal in relation to the disaster and so far over £2,000 has been received through donations from staff.

The Foreign and Commonwealth emergency number for people concerned about friends or relatives is 020 7008 0000.

Ubiqz, the specialist security product division of the Midwich Group, has read more 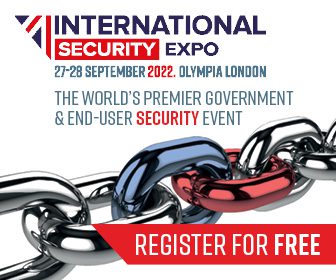