As a return speaker to the Security TWENTY series of events, Maxine Fraser of the Stirling-based Retailers Against Crime (RAC) set out how the crime partnership body collects and digests for members and police reports of shop theft; but RAC is always looking to do more, to strike at the roots of such crime.

Without educating shop staff, thieves will continue to succeed, Maxine told ST19 Glasgow yesterday, as the opening speaker at the morning conference at the Hilton Hotel in William Street. Hence RAC take to members’ premises counterfeit bank cards and bank notes, and foil-lined bags; the shoplifters’ equipment, to make shop staff aware of what to look out for.

Since Maxine last spoke to ST, the partnership has gone into more schools, seeking to raise the issue – and indeed the ethics – of theft from shops, having found from anonymous online surveys that some children at least have had experience of thieving (number one reason; peer pressure) and that family members commit theft. RAC’s aim; to divert those young people from crime. While local shoplifters carry out crimes to feed a drug addiction, Maxine also stressed that much shop theft is done profitably by organised, travelling gangs (RAC members cover Scotland, Northern Ireland and the north west of England); and with links to other crimes, such as prostitution, human trafficking or illegal firearms. Hence RAC work with police, and Maxine is seeking to put her points over to the wider judicial system.

While the lifeblood of RAC and indeed any partnership – RAC works with others, such as the North East Retail Crime Partnership (NERCP), and the National Business Crime Solution – is incident reports by members, RAC is working on an app (pictured) for members whether security officers or shop floor staff to send reports including CCTV stills or video footage securely and with due regard to data protection, as an easier way than paper reports and even email – neither practical, if staff are not issued with devices or cannot easily leave the shop floor.

With such facts as the largest single theft by one of the gangs of £28,000 of goods in six minutes, Maxine left the audience in no doubt that such criminals see what they do as normal, and continue to treat it as a living, even though gang members are jailed and have their assets taken by the authorities. “I believe that is probably the way to go,” Maxine said, “to disrupt these individuals.”

More in the June 2019 print issue of Professional Security Magazine. 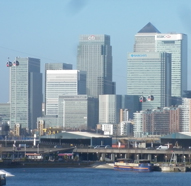 About the Worshipful Company of Security Professionals 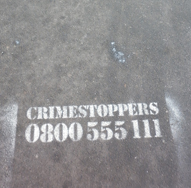 Business can expect acute uncertainty in 2017, one of the hardest years for read more