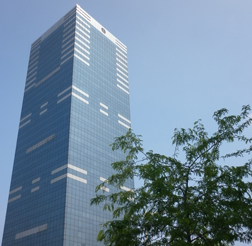 Here’s some of the ways we’ve covered business security news in Professional Security magazine over the years, Mark Rowe writes.

Across 2014 we have been reporting from London and Glasgow on Project Servator, the police work with all their assets and private security guard forces and the public, to combat terrorism and disrupt crime generally.

In our editorial lunches we like to bring together senior security people, whether from retail or, most recently in our October 2014 issue, from banking, to discuss over good food the issues facing corporate and business security managers and directors.

Countering fraud is a regular topic, and business complaints are regular that police and the public authorities generally do not take that crime seriously enough. Recent work such as the Police and Security initiative launched in December 2014 at City Hall, and the Mayor of London’s proposed business resilience centre – on a Scottish model – could close this gap.

Businesses work in buildings or allow their staff to be mobile and work on the move, for instance via BYOD (bring your own device). We regularly feature threats to data from BYOD and the networked building, although the convergence of physical and network security brings benefits and savings in overall security.

Other threats to business we have reported on over the years are counterfeits; corruption and bribery; and kidnap and ransom; and supply chain risks, such as piracy and acts of God such as extreme weather. And it’s not all gloom, as technology and policies and people can all help against the bad guys, whether using social media to inform non-security staff and to keep abreast of risks, or using video analytics to add value to CCTV – for instance by monitoring retail floors and gathering intelligence on footfall and heat maps to give marketing data on how customers move and behave.

And every June – until 2014 it was every May – we feature and preview the IFSEC exhibition of electronic and physical security products and services.