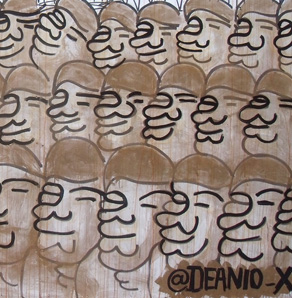 The e-government and healthcare identification (ID) market is very much driven by projects. Whether these projects can go ahead, or are delayed or even cancelled, can have a great bearing on the size and growth of this market. The passport market in general has moved from the growth in new passports stage towards a slower replacement cycle. There are still large projects that could potentially move forward, but they are based in regions that must first realign their economies away from supplying China with raw materials. There is a significant risk that budget pressure will cause these projects to be delayed or even cancelled.

The national e-ID card looks set to continue its dominance and will reach an installed base of 2.7 billion by 2020. The national e-ID is likely to become the target of multi-application developments and should be safe against the reduction in credential shipments that multi-application schemes could bring. Delays in big e-ID projects in Bangladesh, Turkey, India and other countries negatively affect global shipments and growth. In contrast, large new e-ID issues now in progress will significantly increase volume shipments.

The migrant crisis has led to a strengthening of the outer borders in Greece and other countries. With the ongoing migrant crisis in Europe, many migrants are passing through Greece. For this reason, the European Commission awarded Greece €1.36 million (US$1.4 million) in emergency Internal Security Fund (ISF) funding in mid-January 2016 to acquire, 90 fingerprinting devices. The fingerprinting devices and workstations will be connected to the central European Dactyloscopy (EURODAC),the European fingerprint database used to identify asylum seekers and irregular border-crossers was set up to ensure information is shared between member countries It will be installed at border crossing points throughout Greece, including the Eastern Aegean islands and existing hotspots on the islands of Lesvos, Chios, Leros, Kos and Samos.

The migrant crisis in Europe and the terrorist attacks in Paris and Brussels have put added pressure on Greece to improve the security of its identity cards. In addition, it was reported that 300 people tried to enter the United States with fake Greek passports, which the United States says might have been issued on the foundation of counterfeit Greek ID cards. In early December 2015, a group of experts met in Brussels and decided to upgrade of Greek identity card to meet the standards of both the European Union and the United States. This upgrade might well keep Greece in the U.S. Visa Waiver Program.

In June 2016, the Greek Interior Minister said that the Ministry of Public Order and Citizen Protection is concluding the legal framework for implementation of biometric ID cards. Sources say cards will hold a microchip with biometric data, in addition to a Social Security Registration Number, tax registration number, and other personal data, which means 11 million ID cards will need to be updated. The cost is estimated to be in excess of 80 million euros. All of these recent initiatives in Greece will help to strengthen the southeast outer border of the Schengen area.

The effect of Brexit

The decision by the United Kingdom to leave the European Union will most likely lead to a phased-in approach for passport renewals, rather than a spike in the number of new e-government credentials shipped to the United Kingdom.

There is likely to be no hard deadline in terms of updating passports, and they will not change overnight. It is also worth noting that the United Kingdom is not in the Schengen area.

A recent trend that could affect the egovernment card market is the decision to incorporate e-credentials into mobile phones. Incorporating driving licenses on the mobile devices is already happening. In the United States, for example, the state of Iowa is running a pilot test. There are also initiatives running in other U.S. states and similar initiatives are being discussed in the United Kingdom and Australia.

Even so, there is little evidence that mobile driver’s licenses would replace physical licenses within the next five years, but would instead be complementary to the physical ID card. There are still some challenges when it comes to having – and ensuring security for – these types of credentials on mobile devices, including ensuring good and reliable network coverage and interoperability between systems.

The driving license is a weaker credential than an ID card or a passport, which is why it is the first e-credential to be put into real-world trials. Incorporating passports into mobile devices requires agreements between countries, which will slow the adoption of mobile e-passports.

In the health sector, the e-health department of the French Ministry of Health, which produces millions of cards each year, wanted to put the health card on the mobile handset to save costs and for user convenience. After seeking advice and conducting in-depth research, the ministry concluded there were too many challenges to implementation and the process would be too complicated, so it shelved this initiative. Challenges included: 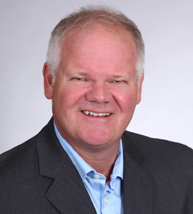 Keep your identity to yourself

Your personal identity (PI) is any identification, presented in numbers, icons read more 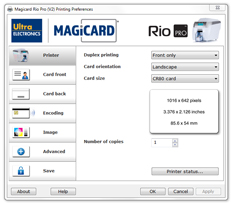 Ultra Electronics’s identity division, based in Weymouth, has been relaunched as read more