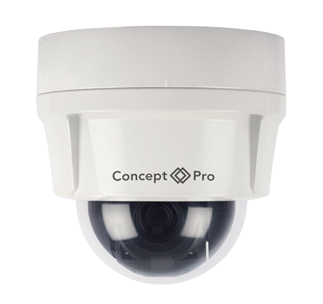 New from Videcon is the next generation of PTZ dome cameras from Concept Pro. With up to eight alarm inputs and four outputs in the head of the PTZ, 10, 20 and 30x zoom options, integration with legacy installs, low-light capability and an easy upgrade path, our new CP-HSD range can be added to sites with a large amount of alarm triggering devices. This eliminates the need for extensive work when installing these new cameras in a pre-existing system, the distributor says; the cameras are designed with the coverage of a large area in mind, because if more alarm triggering devices are set up around a site then the system can cover and protect a larger area. The range has six models: the 10x Zoom Lens AHD (pictured) and IP domes, the 20x Zoom Lens AHD and IP; and the 30x Zoom Lens AHD and IP. The company adds that the 20x and 30x zoom models are suited to new, legacy or retrofit installs.

The CP-HSD range operates using Sony Starvis sensors, for visibility in low light. Back-illuminated pixels in the sensor with sensitivity of 2000 mV or more per 1 µm2 bring picture quality in visible-light and near infrared light regions. The back-illuminated structure acquires the image through the back where there are no obstacles such as wiring or circuits so a wider range of light is collected, which in turn achieves higher sensitivity resulting in colour images for a longer time.

Multiple IRs (infra-reds) are used for the clearest and most crisp footage possible when monitoring in low-light, the distributor says. Concept Pro’s IR ensures that these cameras capture usable video when in black and white by adjusting the intensity of the camera’s infrared LEDs in relation to the distance of an object so that the infrared does not overexpose the object. This prevents the whiting out of images, such as faces, when they are in close proximity of the IRs. With three IRs designated to deal with distances of up to 150m, three more to monitor at up to 100m and two specifically for distances of up to 50m, the CP-HSDs use Reactive Technology, allowing the CP-HSDs to control which IRs should be used in each situation for the best image quality and to reduce power consumption. The firm says that the cameras can display a clear and crisp image in minimal lighting, even down to 0.002lux.

As for install and maintenance, the external PTZ cameras have been constructed with interchangeable hardware within the back box of the camera housing to allow the installer to change from AHD to IP or from IP to AHD with ease, the firm says. Previously a change of this proportion would have resulted in a complete change of camera and the need for the camera to be taken down from its position; now, with Concept Pro’s Duplex Integration, an installer or engineer can change the function box from one platform to the other. Duplex Integration is for use in situations where an upgrade to a system is required prior to a full-scale upgrade to IP. Videcon says it’s found that most analogue installs went through a process of product replacement prior to a complete AHD or IP upgrade.

The CP-HSDs can be switched from analogue to AHD and to IP with a change of one component inbuilt into the housing, meaning that if a camera has to be changed prior to an upgrade, an end user can make savings by opting for a new Concept Pro PTZ operating on AHD that can be upgraded to IP in a matter of minutes during a legacy install.

Call Videcon on 01924 528006. All products are available on a three year free warranty including the new PTZ range. Visit http://www.videcon.co.uk/. 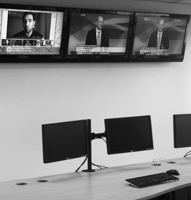 A start-up company, Checkpoint Security, has teamed up with Logosoft, the read more

IFSEC in your hands 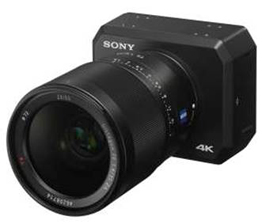 New from Sony is the UMC-S3C, described as the first video camera that offers read more 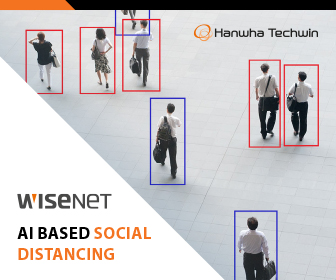