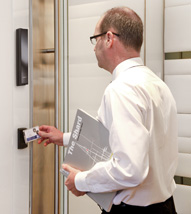 FaceSentinel works with access control systems to authenticate pass holders: a registered user swipes his or her pass card or key fob and FaceSentinel confirms whether the person holding the credential is the same person registered within the organisation’s access permissions system. This authentication happens in a second or less, thanks to the core technology behind FaceSentinel: Deep Learning. That’s a technique used to create a highly optimised Artificial Intelligence. It works by first creating a blank ‘brain’: an artificial neural network. This brain is then trained to recognise faces by presenting it with millions of face image examples, enabling it to become more experienced, faster and more accurate at the facial recognition task than any human or technology could be. Aurora’s Deep Learning capacity is the result of work done by its R&D team of six PhDs led by Head of Research, Dr Tom Heseltine.

The technology behind FaceSentinel also includes the use of infrared cameras to overcome the inherent challenge presented to facial recognition by fluctuations in natural light, whether sunlight or shade as in an airport.

Gary James, pictured, Aurora’s Head of Sales and Customer Relations, says: “This is the first time the security industry has seen Deep Learning and Artificial intelligence harnessed to create a fast, powerful and truly reliable access control product. It’s unobtrusive – the user doesn’t need to present themselves to a finger or handprint scanner – and safe: only face templates are stored, not images of users. FaceSentinel is Wiegand and RS485 compliant and so can be added seamlessly to 90 per cent of the world’s access control systems. For high security sites it provides true authentication and peace of mind.”

UK-based Aurora reports experience in airport passenger management, where its facial recognition products assist with matching travellers to boarding passes at Heathrow and Manchester airports. At Heathrow Terminals 2 and 5, over 15 million facial recognition events were processed in 2014. At Manchester, over five million people have used the system since its introduction in 2013.

Gary James adds: “We believe FaceSentinel provides a truly compelling case for the use of biometric verification in high security scenarios. It’s the fastest, most accurate authentication available, and we’d love to hear from access control manufacturers who are interested in working with us.” 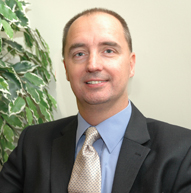 Ethical and legal use guide 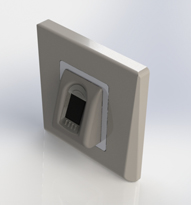 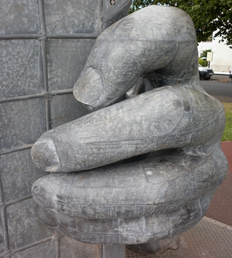