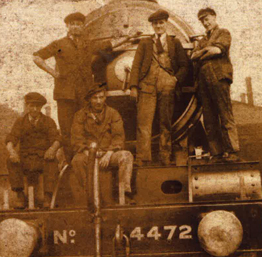 Doing business in a pleasurable setting, some 70 executives from the rail sector supply chain recently attended a seminar by Hanwha Techwin Europe. Besides learning about the latest in video surveillance, attenders could travel in a luxury train carriage pulled by the Flying Scotsman locomotive.

The seminar ran at the Learning Centre at Pickering Station in North Yorkshire. Hanwha Techwin Europe demonstrated how the latest high definition cameras can handle the demanding conditions at railway stations and on trains. WiseNet cameras and domes had previously been installed on the platforms of Pickering as part of security at North Yorkshire Moors Railway’s facilities, after theft of valuable steam engine parts.

As well as helping deter and detect crime and anti-social behaviour, the cameras are helping with staff training and maintaining customer satisfaction by being able to visually verify exactly what has occurred if a theft or accident is reported.

Andy Rowett from Babcock’s Rail business was particularly pleased to be invited to the ‘Flying Scotsman Experience’ day. “Babcock has previously been involved in a number of railway projects where Samsung branded cameras have been deployed and so I was already aware of the wide range of video surveillance solutions available from Hanwha Techwin Europe. It was nevertheless very useful to have advance notice of the new products that are being launched over the next few months. The new version of SSM video management software looks very interesting from a railway application point of view. One of its features provides the opportunity to seamlessly ‘data dump’ video recorded on moving trains.”

Andy Rowett has a connection with the Flying Scotsman in that six generations of his family have been involved with it, including his grandfather who was a driver and his father who maintained it. “I have been working within the rail sector for 38 years which means that in total my family has clocked up 987 years of service,” said Andy. “I don’t think I will be working for another 13 years to reach the 1,000 years mark, but my son, Jack who is 12, may well follow me as the seventh direct generation of Rowetts to work on the railways!”

Jon Hill, Business Development Manager for Hanwha Techwin Europe with responsibilities for the transport sector, talked the delegates through the company’s approach to providing robust and resilient mobile video surveillance that are built to withstand the operational and environmental challenges present on the railways.

Bruce Torrance, Managing Director of Torrance Consultancy, took a close interest in what Jon had to say about WiseNet 360 degree cameras. “We have acted in an advisory capacity on a number of projects where there has been a requirement to install cameras at stations where the buildings are regarded as being of historic importance,” said Bruce.

“In these situations we quite often find that there are restrictions as to what can be fixed to the fabric of these buildings. The advantage of deploying a 360 degree camera is that it can help monitor large areas where we might otherwise have to install a number of standard cameras.”

Jon also highlighted how cameras with the WiseNet DSP chipset can run multiple specialist analytics applications which can be downloaded in a similar way to adding apps to a smartphone.

The significance of how Open Platform WiseNet DSP chipsets can elevate video surveillance from just being a security system to a smart solution that can deliver so much more, was not missed by Colin Smith, Senior Project Manager at Birmingham public transport body Centro. “The quality of the images that can be captured by the WiseNet cameras is truly impressive, as is their ability to work in variable lighting conditions,” said Colin.

“However, what particularly interests me is all the others things we can now achieve with the help of applications loaded onto the cameras. ANPR, people counting, time lapse capture, heat mapping and queue management Applications will, I am sure, be put to good use in railway environments to help keep people safe, identify opportunities to improve operational efficiency and enhance the customer experience.”

This was not the first occasion that Hanwha Techwin Europe has used Pickering station to introduce new products. In 2014, Rail industry managers from across the UK attended a seminar during which it was announced that Samsung branded cameras, domes, recorders and Ethernet switches within its IP network video surveillance range, have been approved for use on Network Rail infrastructure. The issuing of the PADS Certificate of Acceptance came after product tests to ensure that they are reliable, fit for purpose and comply with Network Rail’s safety standards.

Pictured: James Richard Rowett top right on the Flying Scotsman in about 1930. 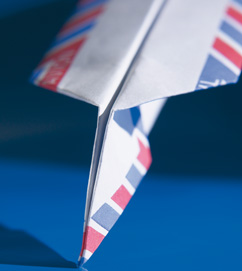 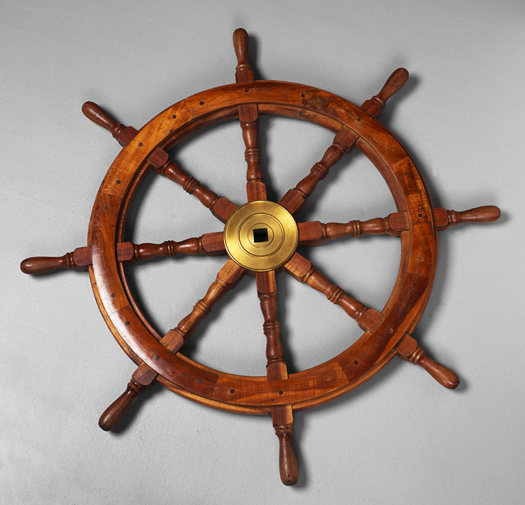