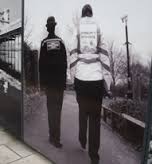 North Somerset Council is now a ‘Community Safety Accredited Organisation’ (CSAS) under the Police Reform Act 2002. This means some council officers have been granted some police powers.

The council’s community response officers now have the power to issue fixed penalty notices for disorder, cycling on a footpath, dog fouling, graffiti, fly-posting, littering and dog control offences. Those officers also have the power to require someone to give their name and address because of anti-social behaviour, to surrender alcohol if they are drinking in a designated place or are under 18, to remove abandoned vehicles, stop vehicles for testing, or stop cycles.

Police community support officers (PCSOs) will also be given equivalent enforcement powers to help resolve street scene, environmental and anti-social behaviour issues that are dealt with by the council. More than 90 officers from the council and the police have attended multi-agency training on the new powers; such as the CCTV control room and CCTV manager Chris Harrison. See more in the November 2015 print issue of Professional Security magazine.

Nigel Ashton, Leader of North Somerset Council, based in Weston super Mare, said: “Both council and police officers can now share and access information between each other to enhance community safety across the district. These new powers will strengthen our partnership working and enable officers on the ground to resolve a wider range of issues for the community.”

The certificate of accreditation was presented to Mr Ashton by Police and Crime Commissioner Sue Mountstevens and Somerset Policing Area Commander Chief Superintendent Ian Wylie at the launch of a community response week of action.

Chief Supt Ian Wylie said: “Our aim in bringing together the powers of front line council officers and PCSOs is to make it easier for our communities to raise issues and easier for our staff to take action in response. We have been working closely with the council for many years to make sure North Somerset is a safe place for residents and visitors alike. This new accreditation for the council will help us maintain and develop this approach.”

Sue Mountstevens said: “This is a fantastic initiative which provides a visible and accessible authoritative presence across the communities of North Somerset. A broader range of powers for both council and police officers will support them, not only in their role of keeping residents safe and feeling safe, but also ensuring North Somerset is a great place to live, visit and work.

“I am a great supporter of neighbourhood policing and acknowledge that to be truly effective we must continue to be committed to working together more closely. The new powers will complement the existing great work of local neighbourhood teams and partners, while offering community reassurance across all local areas.”

The community response week of action is aimed at highlighting the partnership work being done to improve community safety in North Somerset. It includes a roadshow tour of the district.

Picture by Mark Rowe; from a display outside Weston town hall.

CSAS is a voluntary scheme under which chief constables can choose to accredit employed people already working in roles which contribute to maintaining and improving community safety with limited but targeted powers; such as neighbourhood wardens, hospital security guards and park wardens.

Like other forces, Avon and Somerset is saving by closing police stations; in Weston super Mare, it’s moved its reception for crime reporting from the police station – due to go for flats – to the town hall over the road.

North Somerset Council bought the single-decker, with support from partners including the police and ambulance services. It has been converted by Leicester Carriage Builders and will be in operation for the first time over the Bank Holiday weekend.

The purple bus stands in the heart of the town centre at the junction of High Street and Regent Street, as a safe place to vulnerable people. It has facilities for minor first aid, provided by paramedics, to reduce demand on the accident and emergency department at Weston General Hospital. Mavis will also provide a community resource during the day.

Felicity Baker, North Somerset Council’s executive member responsible for community safety, said: “Weston has a popular night time economy and in general people enjoy a safe night out. Sometimes though a night out can go wrong for a variety of reasons.

“The Streetsafe bus provides a safe haven if this happens and we would encourage anyone in difficulty to visit it to get help and support.”

And Insp Sharon Bennett of Avon and Somerset Police said: Mavis’ arrival is the culmination of months of work involving the council, police, ambulance, Weston Business Improvement District and other local people and agencies. We’re delighted it’s now in service and hope it will be a beacon for people who find their night out hasn’t gone as planned.” 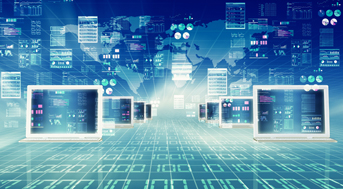 Cybersecurity for industrial organisations is a hot topic, with the global ICS read more

With the final whistle blown on the Euro 2012 football tournament won by Spain, read more