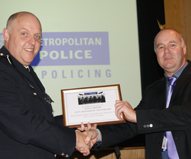 The Metropolitan Police held their first CCTV award ceremony, at New Scotland Yard in March. They were marking the work done by London borough CCTV control rooms to prevent and detect crime.

Over half of London’s CCTV control rooms received awards and these were presented by Commander Simon Letchford, the Met’s ACPO lead on CCTV, pictured left. The awards included:

CCTV Manager of the Year – Alan Gardner, London Borough of Enfield CCTV manager, pictured right. Judges pointed to Alan’s work combining CCTV and ANPR to identify cars and suspects involved in crime, and his work as chairman of the London CCTV Managers Group.

CCTV Team of the Year – London Borough of Hammersmith & Fulham CCTV. The team’s work to combat crime had been noted by local police and the Flying Squad, with Detective Constable Phelim Redmond stating that the team were “… by far the most proactive, welcoming and helpful bunch I have ever encountered.”

CCTV Operator of the Year – Mustafa Ali-Khan, London Borough of Islington CCTV. Mustafa had assisted the police by providing footage for all manner of serious crime, with his assistance in a double murder investigation standing out. The operator played a significant role in obtaining and downloading 2500 hours of footage, which provided a breakthrough.

Commander Letchford thanked all those present for their work. The event was organised by DCI Mick Neville, head of the Central Forensic Image Team and Sgt Chris Bye, the local authority CCTV liaison officer. DCI Neville said:”CCTV provides critical evidence in all manner of investigations from shoplifting to armed robbery, murder and terrorist offences. The awards ceremony was the Met’s way of thanking the CCTV teams, who make London a safer place.”

About Hammersmith and Fulham CCTV

Based in Hammersmith Town Hall, it is estimated by the borough that its CCTV unit assists the police with more than 30 arrests a month that would have been otherwise impossible.

This includes shutting down a Class A drug dealing racket in White City and a serious sexual assault, as well as helping track suspects from a robbery of NatWest Bank in Kilburn. The robbers were later arrested in the borough at gunpoint and dragged from their car, allowing the police to recover the full amount stolen – £25,000 in cash.

Ssandboxing is a more-than-worthwhile addition to your network protection, read more 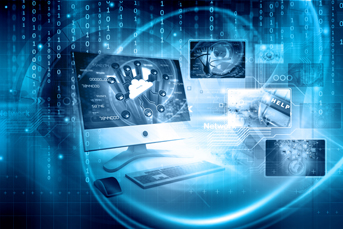 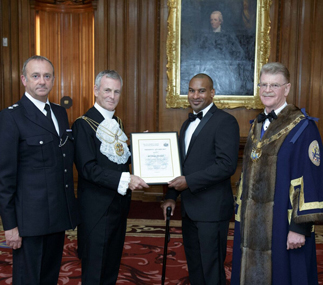