Airing across 120 cinemas nationwide for the next eight weeks, a 60-second film based on real-life foiled plots will show examples of terrorist-related suspicious activity and behaviour, besides attack planning methods.

Police say the advert is to encourage people to report suspicious behaviour and activity through www.gov.uk/ACT and the freephone confidential hotline – 0800 789 321.

Met Police Assistant Commissioner of Specialist Operations (ACSO) Neil Basu said: “Thankfully, we did not see the horrors of 2017 repeated last year, but we should not be complacent enough to think the terrorist threat has diminished – the UK threat level remains at ‘severe’ meaning an attack is highly likely. Counter Terrorism Policing officers are currently running more than 700 live investigations nationwide, while crucial intelligence from the public has helped police and the security services prevent 18 terror attacks in just under two years.

“We have been emphasising for some time that communities defeat terrorism, and the fact that more and more reports from the public provide information that is useful to our officers demonstrates this. Despite this increasing support, I know some people are still reluctant to speak to us. To them I say, reporting your concerns to us won’t ruin lives, but it might save them.”

He asked that if you see or hear something unusual or suspicious, trust your instincts and ACT by reporting it in confidence by phone or online. “That could be someone buying or storing chemicals, fertilisers or gas cylinders for no obvious reasons, or receiving deliveries for unusual items, it could be someone embracing extremist ideology, or searching for such material online.

“This new film has been made to try and help people understand recent terrorist attack-planning methods, but also to demonstrate that each report from the public can be one vital piece of a much larger picture. The important thing for people to remember is that no report is a waste of our time, trust your instincts and tell us if something doesn’t feel right.” 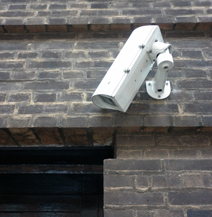 CCTV in ‘parking spy cars’ is a step too far, according to a Government read more 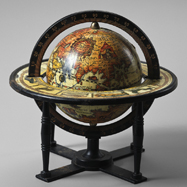