Fraud costs the UK over £73 billion, says the National Fraud Authority (NFA). The NFA which runs Action Fraud has published its third Annual Fraud Indicator. It stressed that the new total does not mean fraud is on the increase, only that it’s been quantified better.

The report brings together existing estimates of fraud in the public domain, and new estimates produced by the NFA which aim to reveal areas of fraud loss that remain hidden from sight. Loss estimates to fraud by sector are:

Gaps remain and the estimates may become even higher, the NFA warns.

In January 2012 the NFA surveyed a nationally representative sample of more than 4,000 UK adults online. The results revealed that 9.4 per cent had been an identity fraud victim in the previous 12 months. The overall estimated Individual loss from identity theft is totalled at £1.2 billion.

The recent launch of the NFA backed The Devil’s In Your Details campaign aims to raise awareness of the importance of protecting personal information and aims to remind the public to check that who they share their details with is genuine, whether this be on the phone, in person or online. The campaign encourages consumers to suspect anyone or anything they are uncertain about, to keep asking questions and to challenge or end an engagement if it feels uncomfortable.

Stephen Harrison Chief Executive of the NFA, said: “This new estimate is significantly higher than previous attempts to quantify the scale of the problem, due to the improvement in the quality and quantity of data available to produce an estimate of fraud loss. It does not, however, represent an increase in the level of fraud”

“Over the past year the NFA has brought the fight against fraud even closer to the heart of the Government agenda to tackle economic crime, placing it within the wider programmes against organised crime and internet enabled crime”

Often thought of as a ‘victimless’ crime, the report shows the extent to which fraud touches all sectors of society – from big business to the most vulnerable individuals. The report goes through (in alphabetical order) frauds to do with expenses, insurance fraud and staged motor accidents, pensions, private rental property, recruitment, banking, student finance, tax credits, telecoms, even transport fare evasion.

The authorities have sought to put the best spin on the sharp upward rise in the estimated loss, saying this demonstrates the success of the NFA and its partners in uncovering losses which were previously hidden, helping organisations to actively prevent this type of crime.

Stephen Harrison chief executive of the NFA said: ‘From large businesses and high street retailers to pensioners in their own homes, we are all at risk of becoming victims of fraud. It is often a hidden crime but it can have devastating consequences.

‘But fraud can be beaten and we are building the tools to hit back. The AFI allows us to target resources in the areas worst hit. It gives a sense of the real size of the problem and helps raise awareness, incentivising us all to better protect ourselves.

‘Last year we launched Fighting Fraud Together in partnership with business and the voluntary and public sectors to reduce fraud increase intelligence sharing and bring more criminals to justice.’

James Brokenshire Minister for Crime and Security said: ‘For too long fraud has almost been seen as a victimless crime. It isn’t – it is used by serious criminals to fund anything from human trafficking to drug dealing and too often victims are some of the most vulnerable members of our community.

‘Today’s report helps us understand the scale and nature of the threat, including a £20billion cost to the public sector. Ripping off the taxpayer will simply not be tolerated. The government’s strategy to reduce fraud is already producing results – this includes Fighting Fraud Together which allows us to better target, prosecute and prevent fraud.

‘Fraud by organised crime groups is estimated to cost at least £10 billion. The new Economic Crime Command in the National Crime Agency will provide a more effective and co-ordinated response to deal with fraudsters and other serious criminals.’ 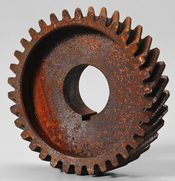